Michelle and Peter got married in September and had an amazing celebration at the Sanderling Resort in Duck, NC. With a particularly excellent taste for music, the couple chose amazing songs to rock each step of their wedding reception. Plus, they custom-made team towels so their guests could spin them around on the dance floor. Check out their wedding reception playlist as well as some cool shots below: 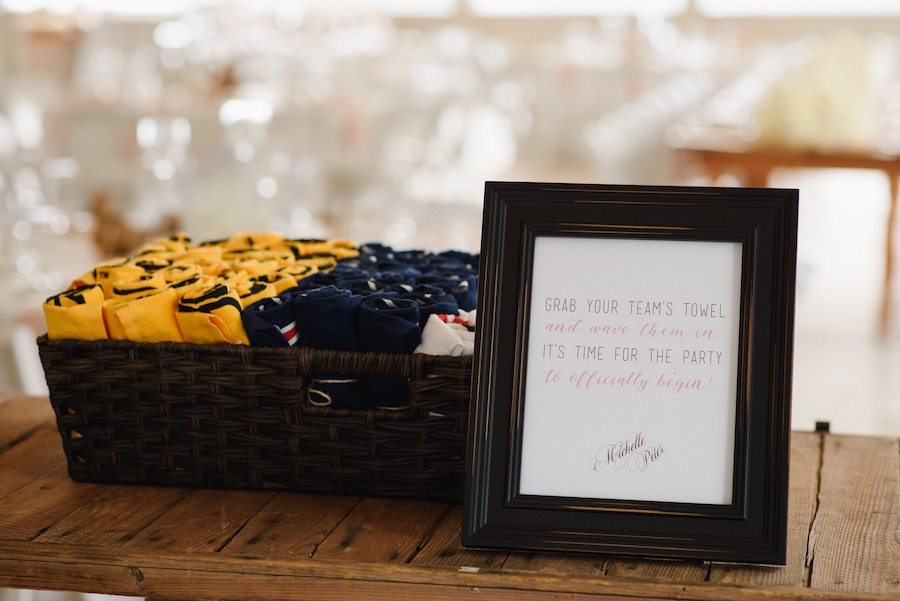 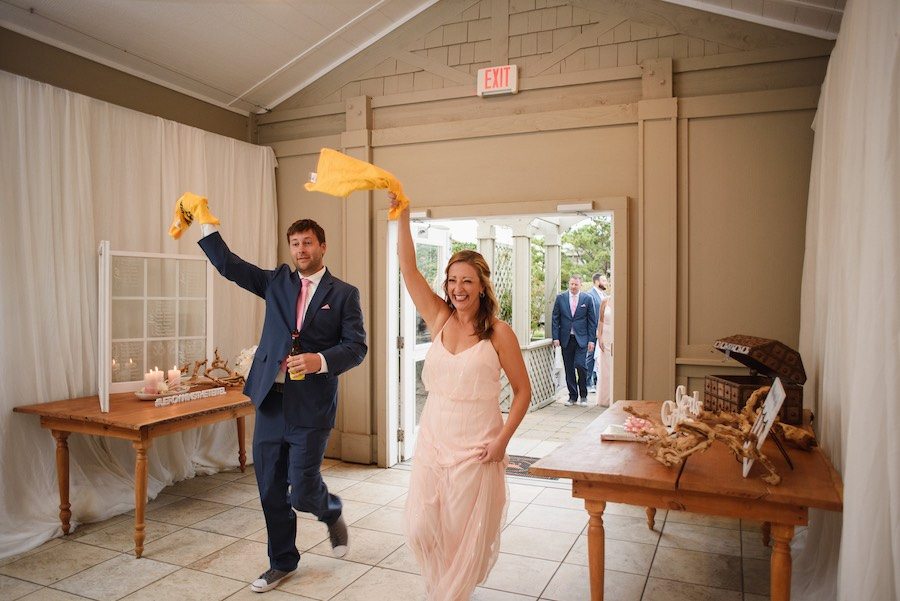 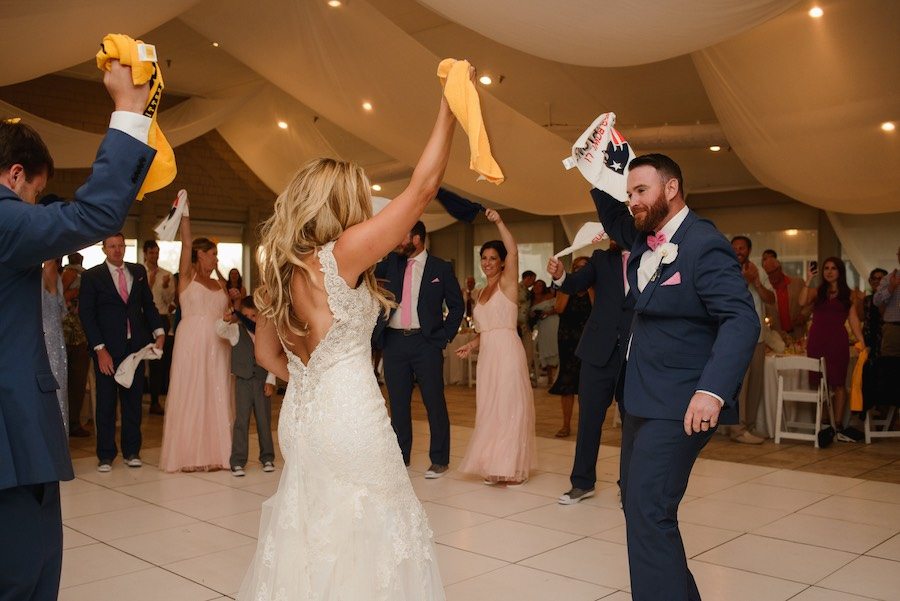 They did a Patriots and Steels theme. All of Michelle’s side (brothers and sisters) came out to “Renegade” by Styx. Peters side came out to “Crazy Train” by Ozzy Osbourne and the guests each had a towel of their favorite team, Patriots and Steelers towels to wave in the air as the wedding party made their entrance. 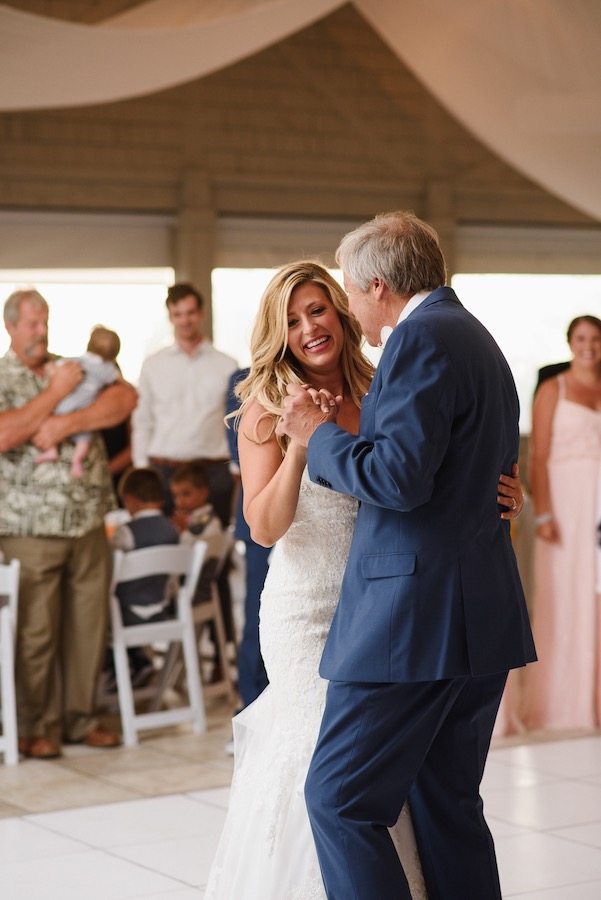 For the Father-Daughter dance, they combined Bruce Springsteen’s “Santa Clause is coming to town” mixed into Ben E. King’s “Stand by me” 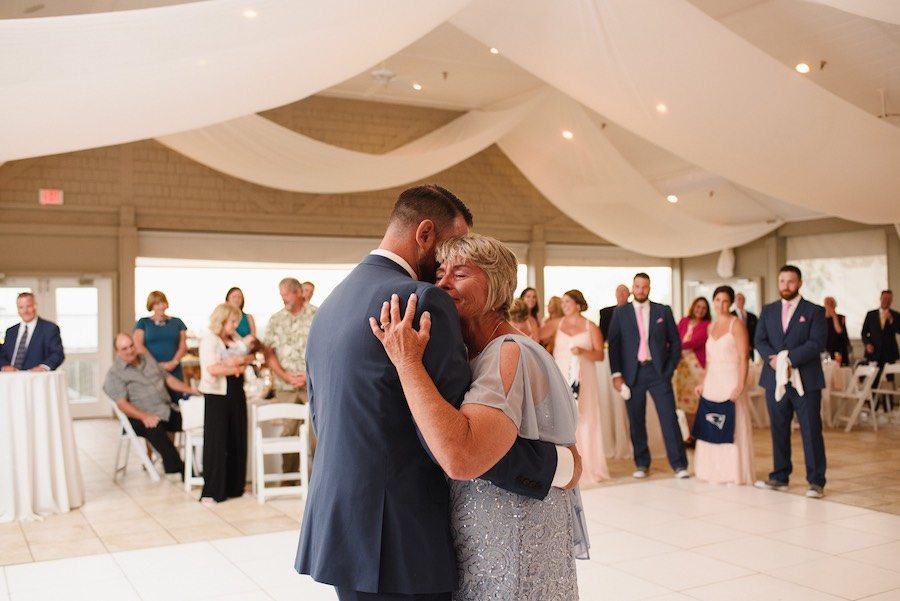 **Bride and Groom songs that got crowd on dance floor – For Peter, “Bad Bad LeRoy Brown” by Jim Croce. For Michelle, Dion – “The Wanderer”

** The bride chose not to have a bouquet toss – instead she gave her bouquet to her friend that is getting married next September 2018. If you’re looking for inspiration, we recently put together the Top 50 Most Popular Bouquet Toss Songs of 2017. Check it out! 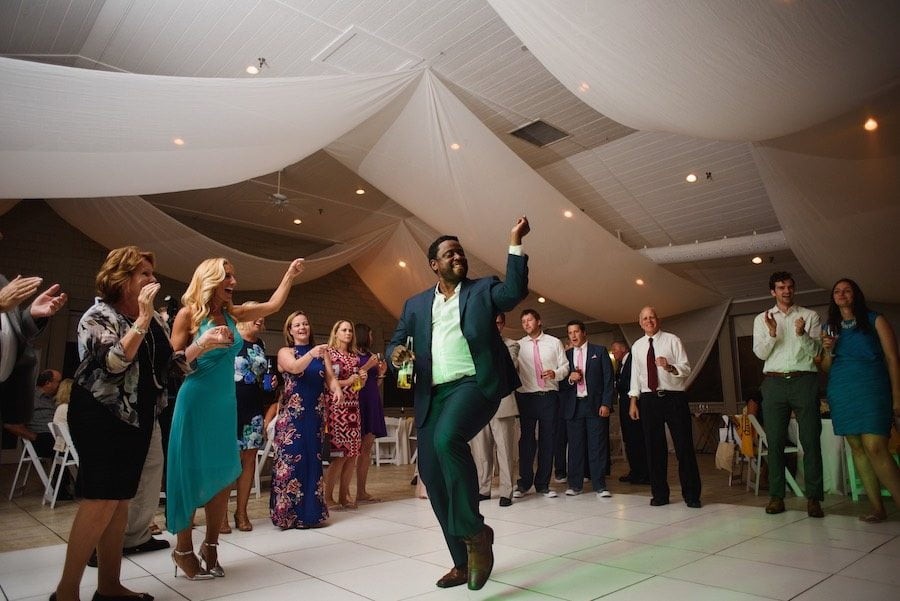 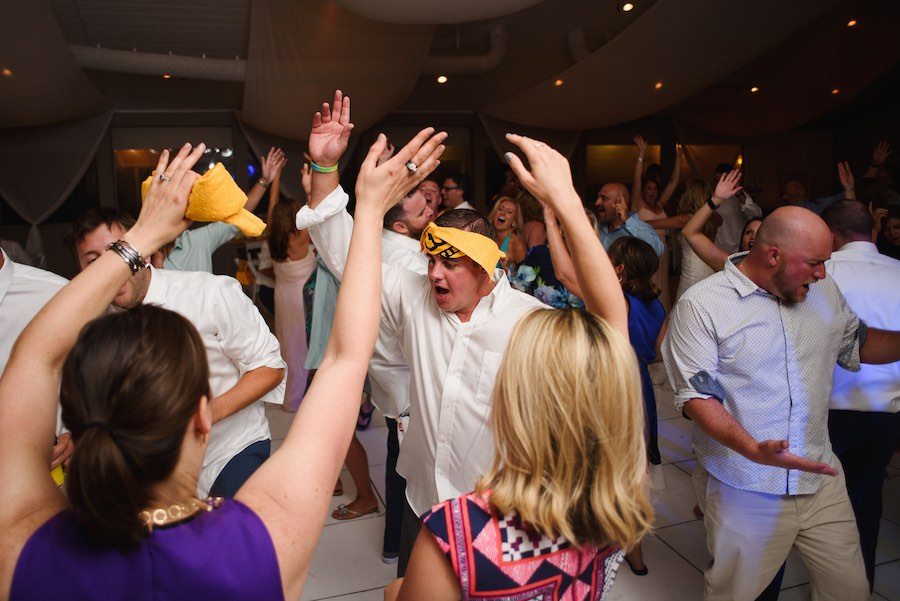 Our team is ready to rock your wedding, corporate party, prom, or special event on the Outer Banks, Wilmington, and anywhere in between. Get in touch today.