Kevin and Ashley were married this past Saturday at 128 South Events & Catering in Wilmington, NC and our DJs were there rocking their beautiful party.  Their ceremony took place out on the top deck of 128 South overlooking the river which made for a beautiful backdrop.

Holli Saperstein officiated the wedding and assisted with the vow exchange for Kevin and Ashley. Dockside String provided violin music for the ceremony with songs like “Marry Me” by Bruno Mars, “Love Story” by Taylor Swift, and finally a recessional to “Entrance of the Queen of Sheba” by Handel. The ceremony concluded and they were pronounced Mr. & Mrs. Kevin Thompson.

Billy Beach with Billy Beach Photography took the wedding party for pictures while guests enjoyed appetizers and hors d’oeuvre on deck. We played a great mix of classic rock, oldies, and country music to set the mood.

Another gorgeous angle of the top deck at 128 south events

Professional MCs Come in Handy For The Toasts

After cocktail hour we announced for everyone to make there way inside for dinner as Poor Piggies provided a great buffet style meal. As everyone settled we had a couple of toasts given by Kevin’s father as well as the maid of honor. One Belle Bakery made sure all the yummies were taken care of for desert and cake. Kudos! 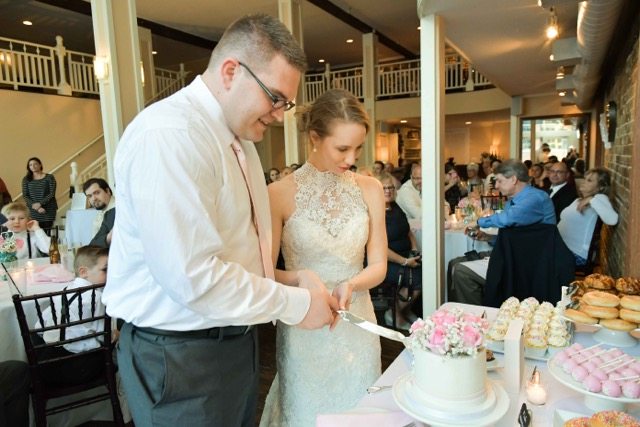 Onto The Dance Floor With Professional Wilmington Wedding DJs

Introductions are always the best part of the kick off to a reception. These guys chose “Party in the USA” by Miley Cyrus for their wedding party intro followed by “Marry Me” by Bruno Mars for their grand introduction. For the first dance they chose “How Would You Feel” by Ed Sheeren. Ashley and her father danced to “Daddy Dance With Me” by Krystal Keith. 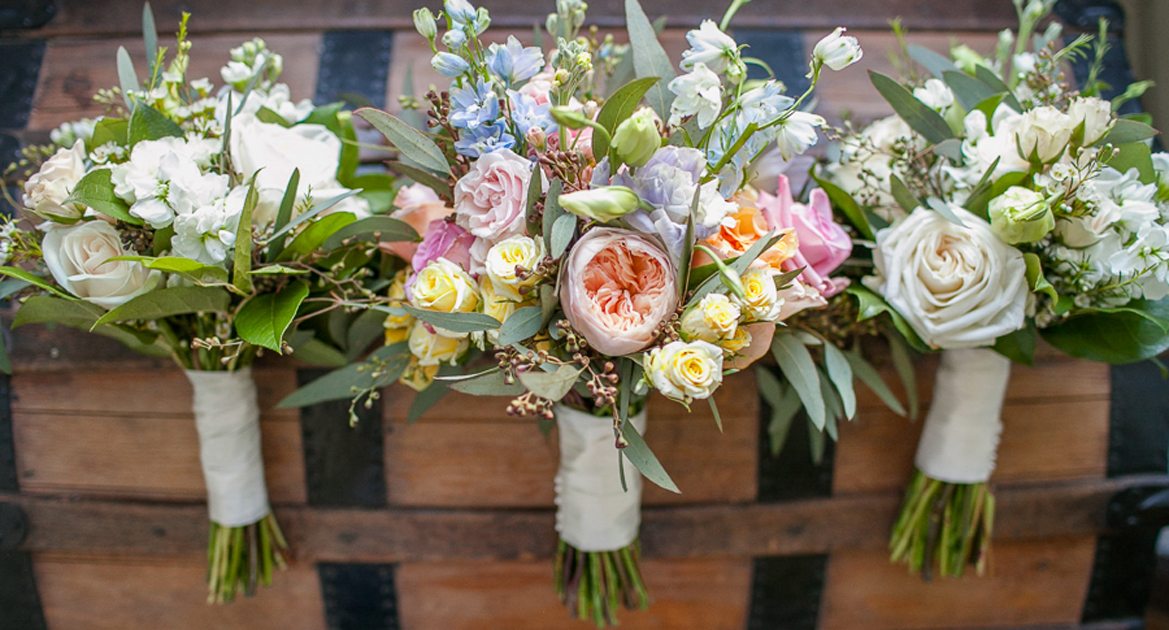 Fiore Fine Flowers does a phenomenal job in wilmington nc

Immediately following the special dances we cranked up “Everybody” by Backstreet Boys to get the party started. From there we rocked for two solid hours until it was time for the sparkler send off. A special thanks goes out to Fiore Fine Flowers and Bombshell Brides for a job well done. We’ve worked with the team from Fiore Flowers many times before, and their flower work is nothing short of art.

Congratulations to Kevin and Ashley! Thank you for having us for your special day.

Like this venue? We there before, rocking as 128 South wedding DJs.