Clint and Ashley had their beautiful Carova wedding at The Wild Horse house on Friday April 29, 2016 and we had the honor to be their Carova wedding DJ and videographers. These two had a beautiful ceremony with all the best outside on the upper deck of the event home overlooking the sand dunes and Atlantic Ocean.

After a few pre-seating songs the wedding party made their grand entrance to “Forever” by Chris Brown while the Ashley processed down the isle to “Marry me” by Train. Bryan Jasin officiated the service and had Ashley and Clint say their vows. Once pronounced husband and wife they had their recessional to “You make my dreams come true” by Hall & Oates. 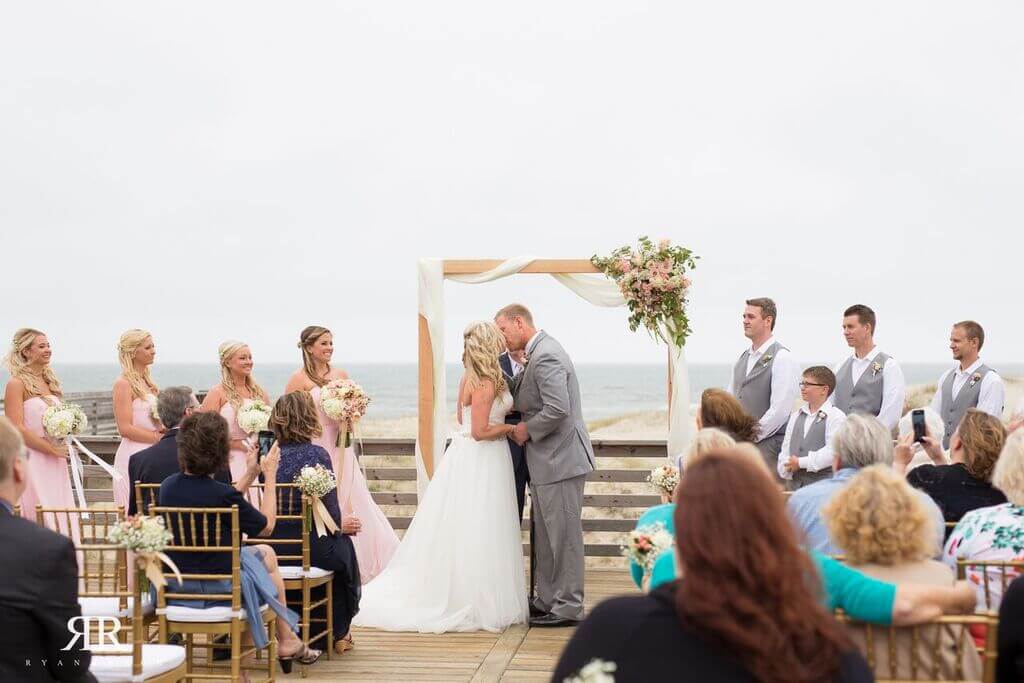 The wedding party was taken for pictures with Ryan and Rach Photography as guests enjoyed cocktails and Hors D’oeuvre’s prepared by Red Sky Cafe. After pictures we lined everyone up for Introductions. Each member of the wedding party had their own special intro song. The flower girls and ring bearer entered to “Happy” by Pharrell Williams, Colleen and Scott to “Rather be” by Clean Bandit, Devon and Ryan with “Spice up your life” by The Spice Girls, Julia and Jasonto “Larger than life” by The Backstreet Boys, Mallory and Brady to “Party Rock Anthem” by LMFAO, Lori and Blake to “Just Dance” by Lady Gaga, Kelly ad Brent with “I gotta feeling” by The Black Eyed Peas, and finally we played AC/DC’s “Thunderstruck” for the announcement of the new Mr. and Mrs. Clint Rossman. As the couple made their way into the room we played “On Top of The World” by Imagine Dragons. 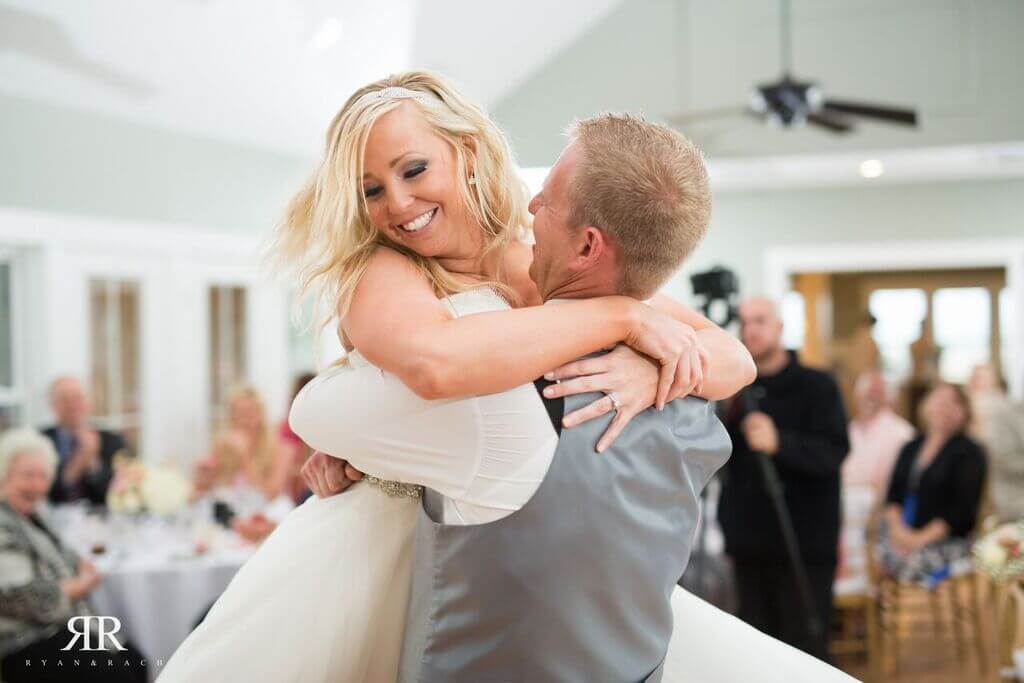 Clint and Ashley had their very first dance to “I don’t dance” by Lee Brice. Ashley and her father danced to “I loved her first” by Heartland. Clint and his Mother had a dance to “A song for Mama” by Boyz II Men. Everyone was seated after the dances and everyone sat down for dinner. A few toasts were given after dinner followed by a cake cutting that should be one of the highlights of the night. As their official Carova wedding DJ we played “Grow Old with me” by Adam Sandler as Clint and Ashley took the stage.

Check out the video highlight that our team put together:

The dance party was absolutely off the hook all night long with everything from Oldies to Classic Rock, Country, and all the best new Top 40 & Dance that anyone could handle. We all had such a great time being a part of this wedding that it all just came together so nicely. We even went an hour into overtime because everyone was having such a great time. We ended the night with “Don’t Stop Believin” by Journey which left everyone wanting more! It’s always a pleasure working with other professionals in the industry such as Brenda and Kristin from To Have And To Hold OBX as they do a great job keeping things in place, and most of all, everyone happy.